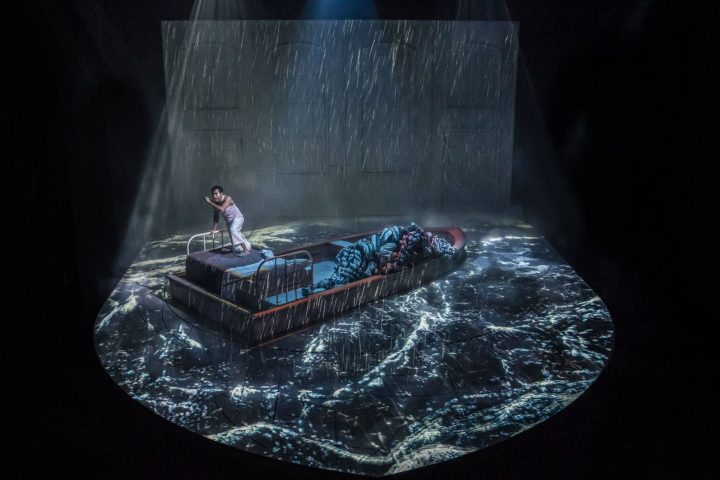 Based on one of the most extraordinary and best-loved works of fiction, and featuring breath-taking puppetry and state-of-the-art visuals, Life of Pi is transferring to the Wyndham's Theatre after a critically-acclaimed run in Sheffield. Absolute are joining the production for it's West End transfer to provide the automation to control for a revolve, complete with boat,... 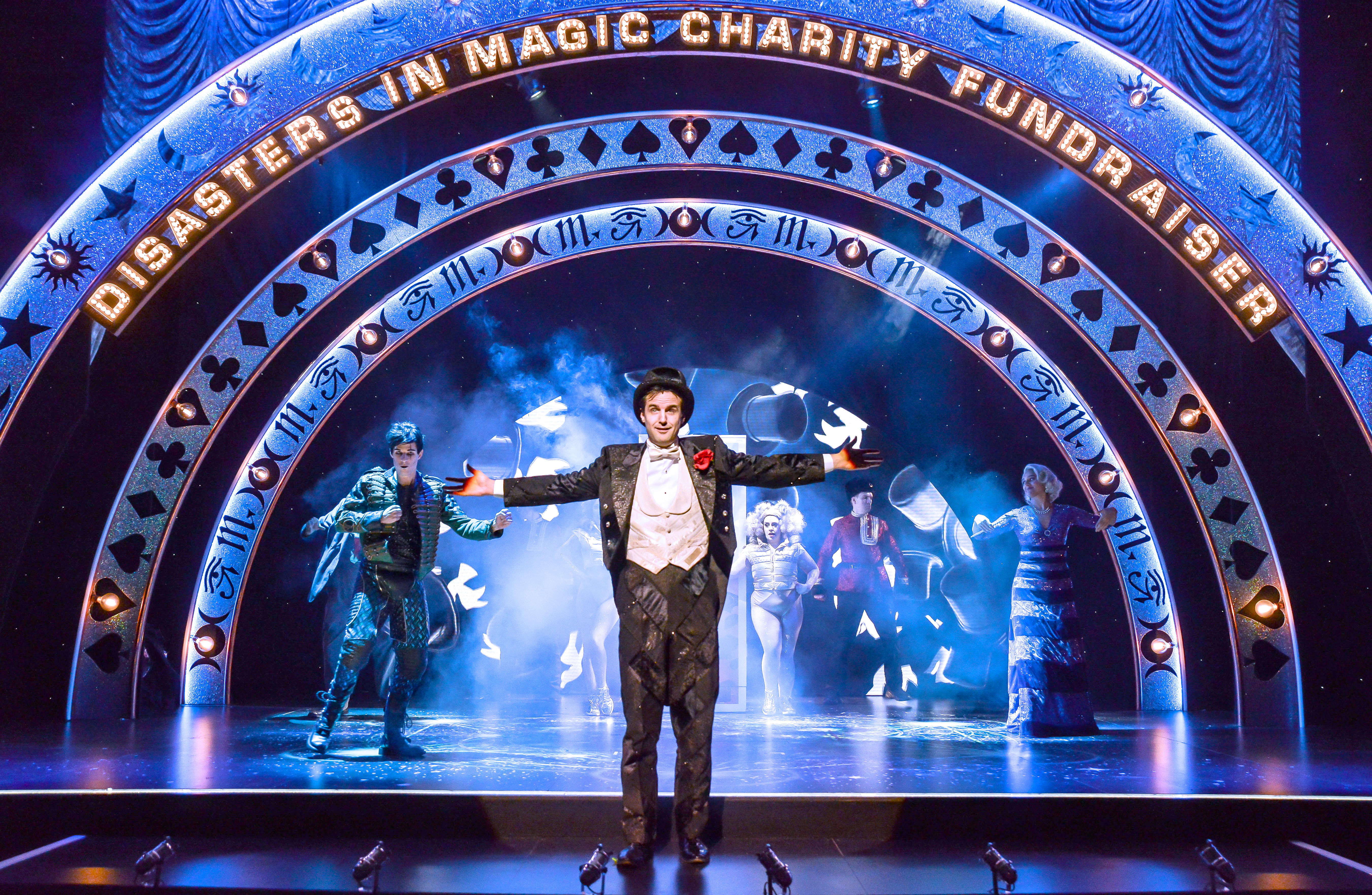 The Mischief Theatre Company, who brought you the Olivier Award-winning Best New Comedy The Play That Goes Wrong and Peter Pan Goes Wrong, are teaming up with magic legends Penn & Teller. In the next 'Goes Wrong' comedy to hit the West End, the original Mischief company play a hapless gang of magicians who have... 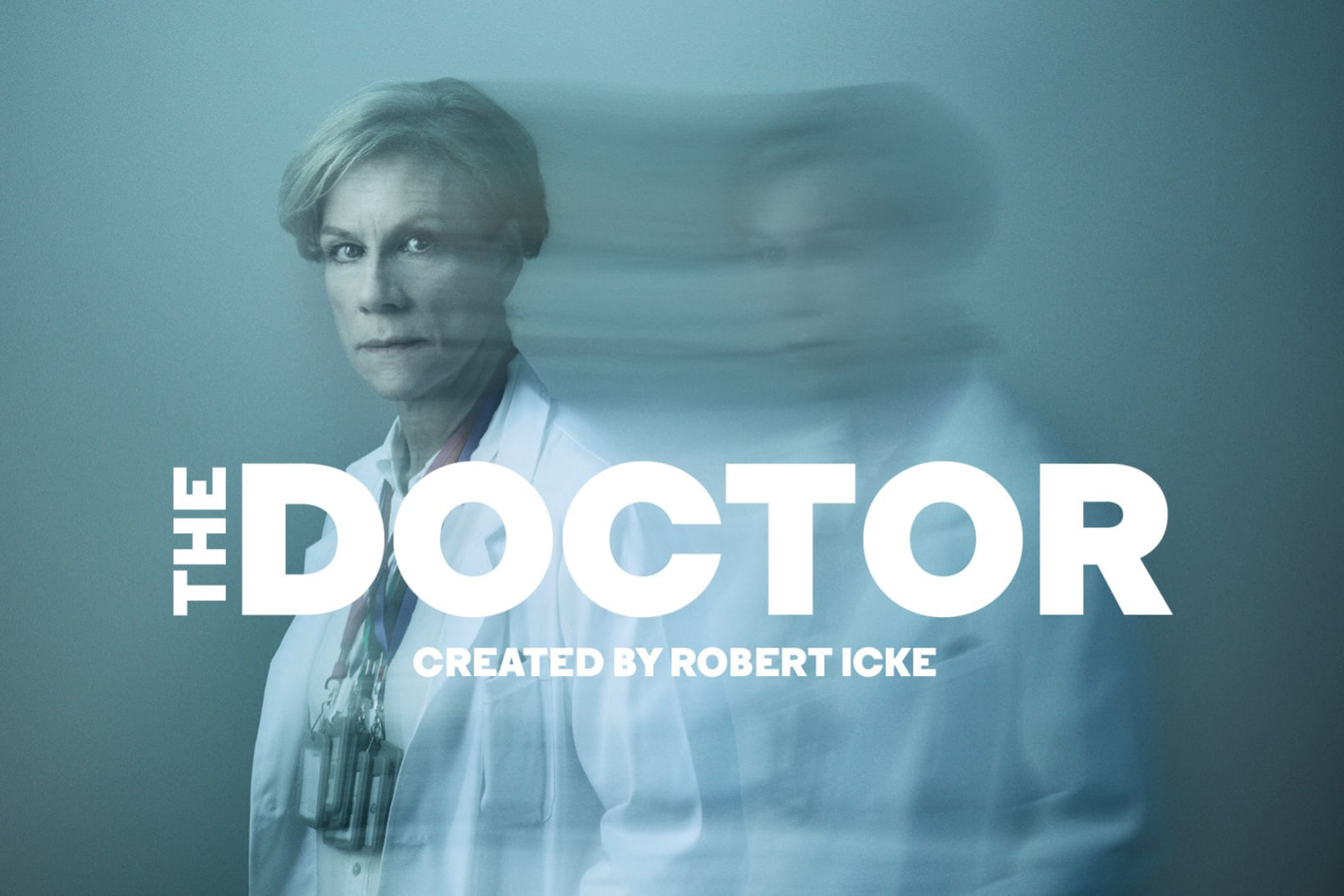 The Doctor played at the Almeida Theatre in 2019 and is transferring to the Duke of York's after it's sell out run. Before opening in the West End, this production will also be visiting The Theatre Royal Brighton and The Richmond Theatre. Absolute will be providing the control for a revolve, bringing movement to Hildegard... 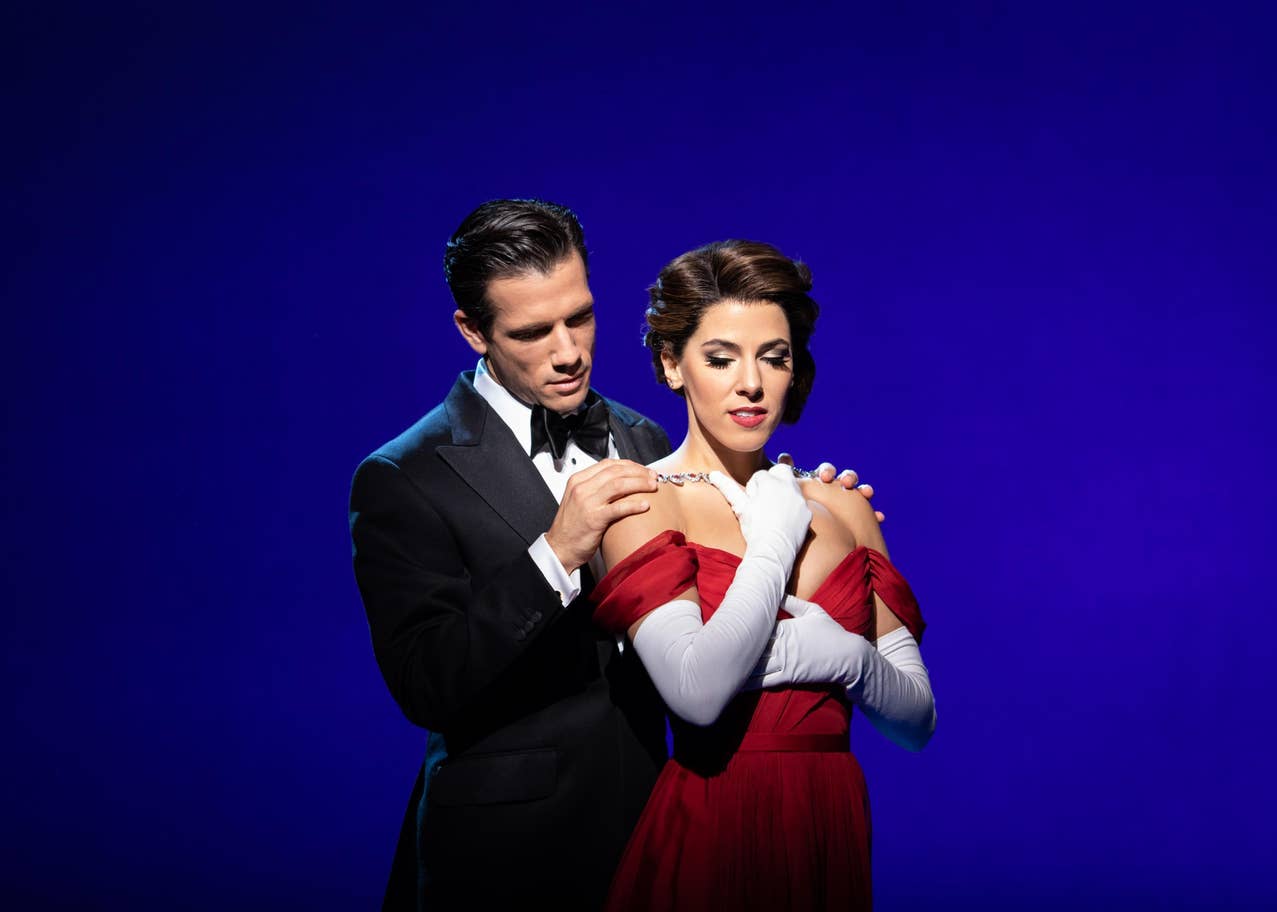 One of Hollywood’s most beloved stories of all time is now coming to the West End! Pretty Woman: The Musical features direction and choreography by Jerry Mitchell, an original score by Bryan Adams and Jim Vallance, and a book by the movie’s director Garry Marshall and screenwriter J.F. Lawton. Absolute will be providing automation equipment... 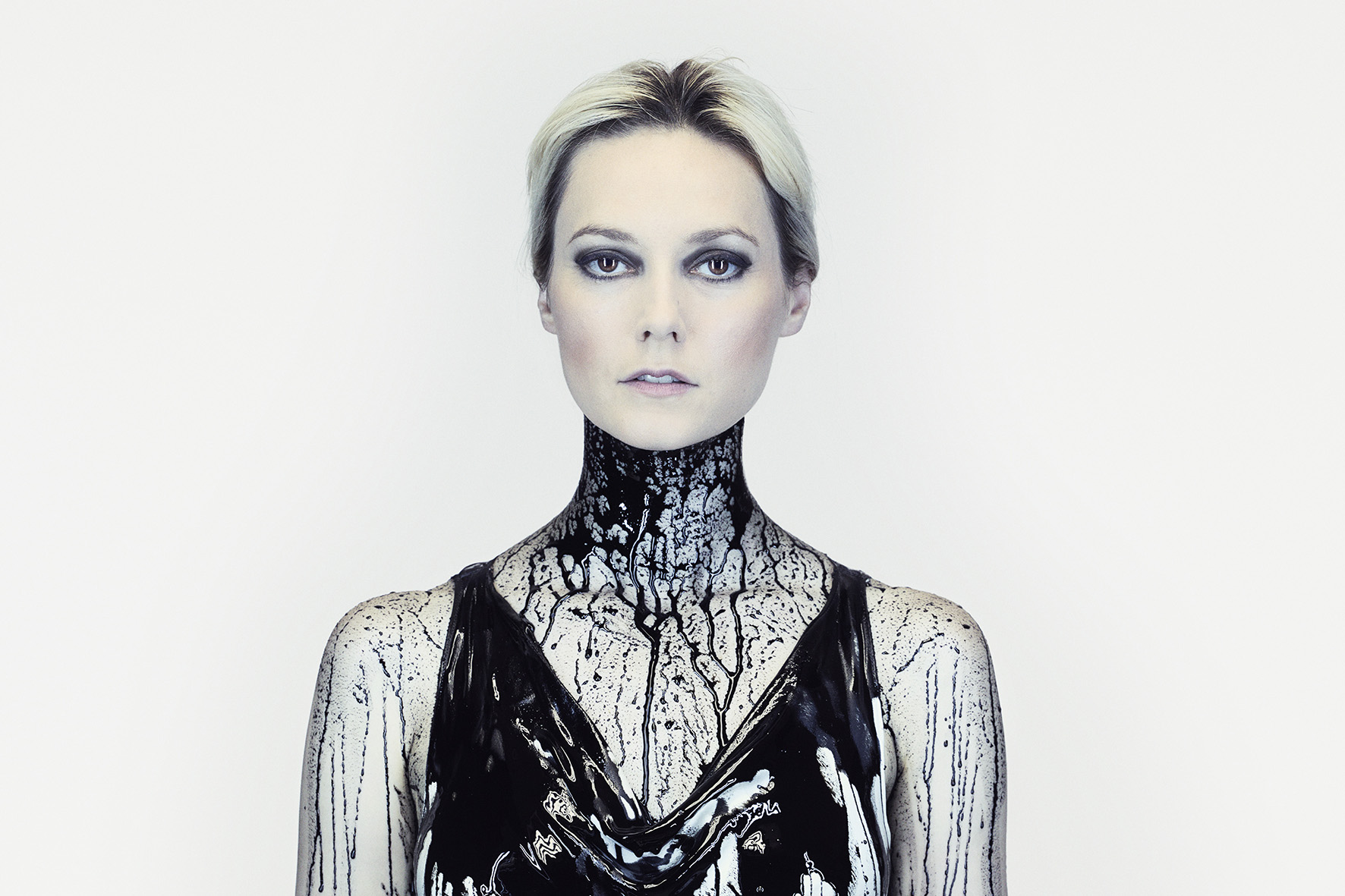 Absolute are looking forward to working on their first production at the Almeida Theatre. Following her award winning production of "Summer and Smoke" and "Three Sisters", Rebecca Frecknall directs The Duchess of Malfi. For this production Absolute will be providing a winch and control. Two floor tracks will move a large, glass-fronted piece of scenery... 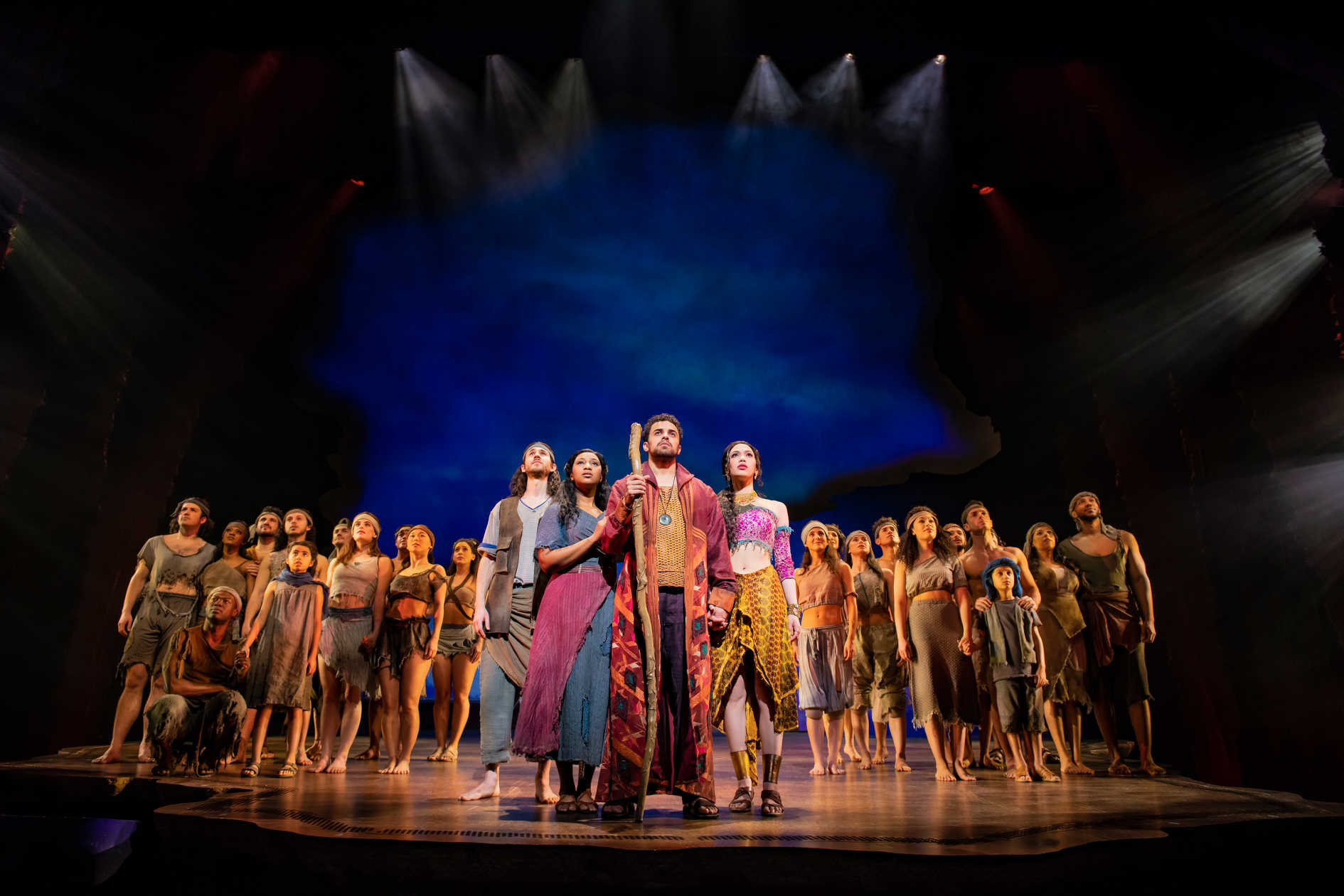 Prince of Egypt is a musical based on the animated film of the same name. Stephen Schwartz provides the music and lyrics, with a script by Phillip LaZebnik. To bring the impressive set to life, designed by Kevin Depinet, Absolute are collaborating with Brilliant Stages and Adder Engineering. Brilliant Stages are known for building and... 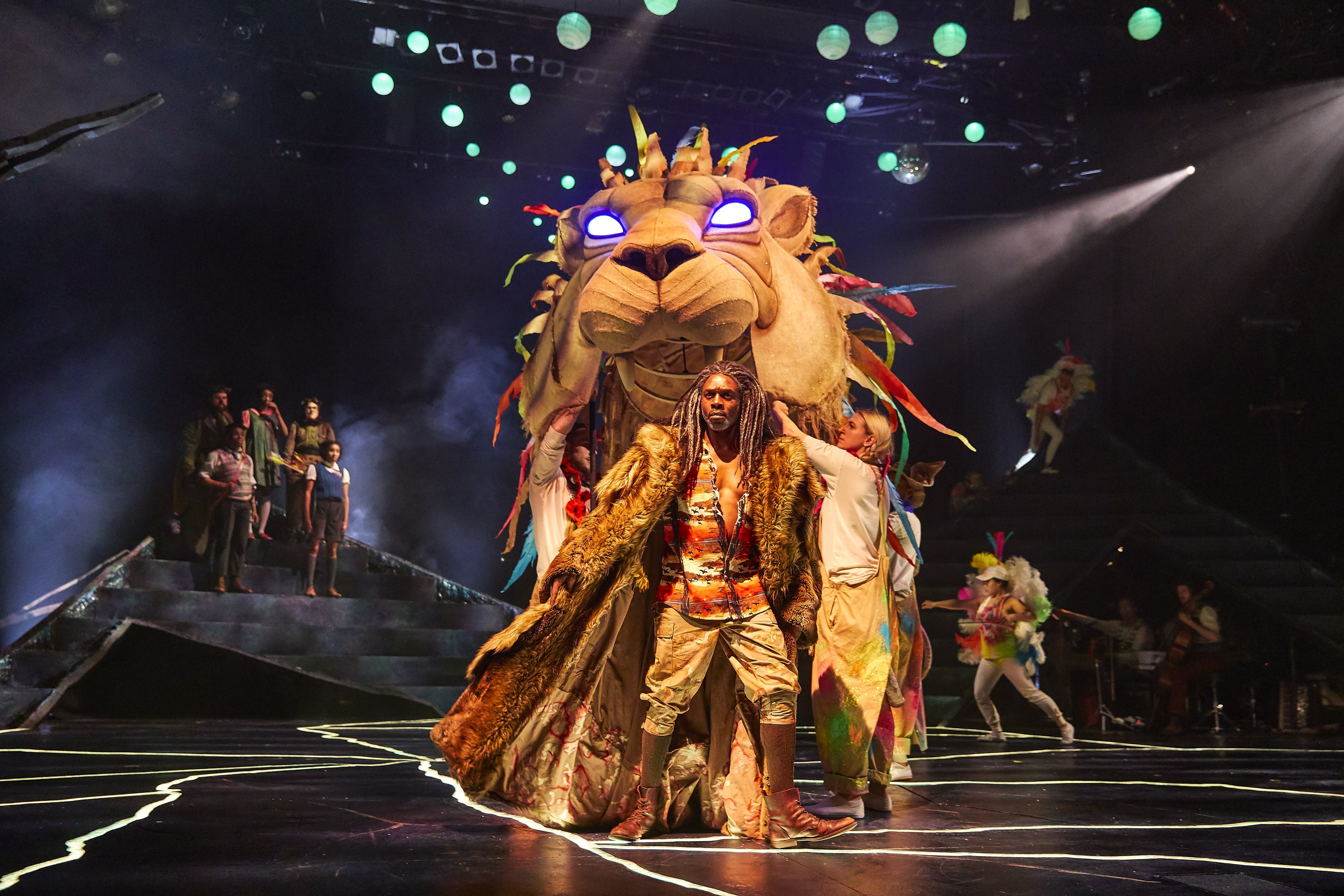 The London Theatre Company by special arrangement with Elliott & Harper Productions and Catherine Schreiber, presents the much-celebrated Leeds Playhouse production of The Lion, the Witch and the Wardrobe for 12 weeks over the 2019/20 festive season at the Bridge. Based on the novel by C. S. Lewis and directed by Sally Cookson, The Lion,... 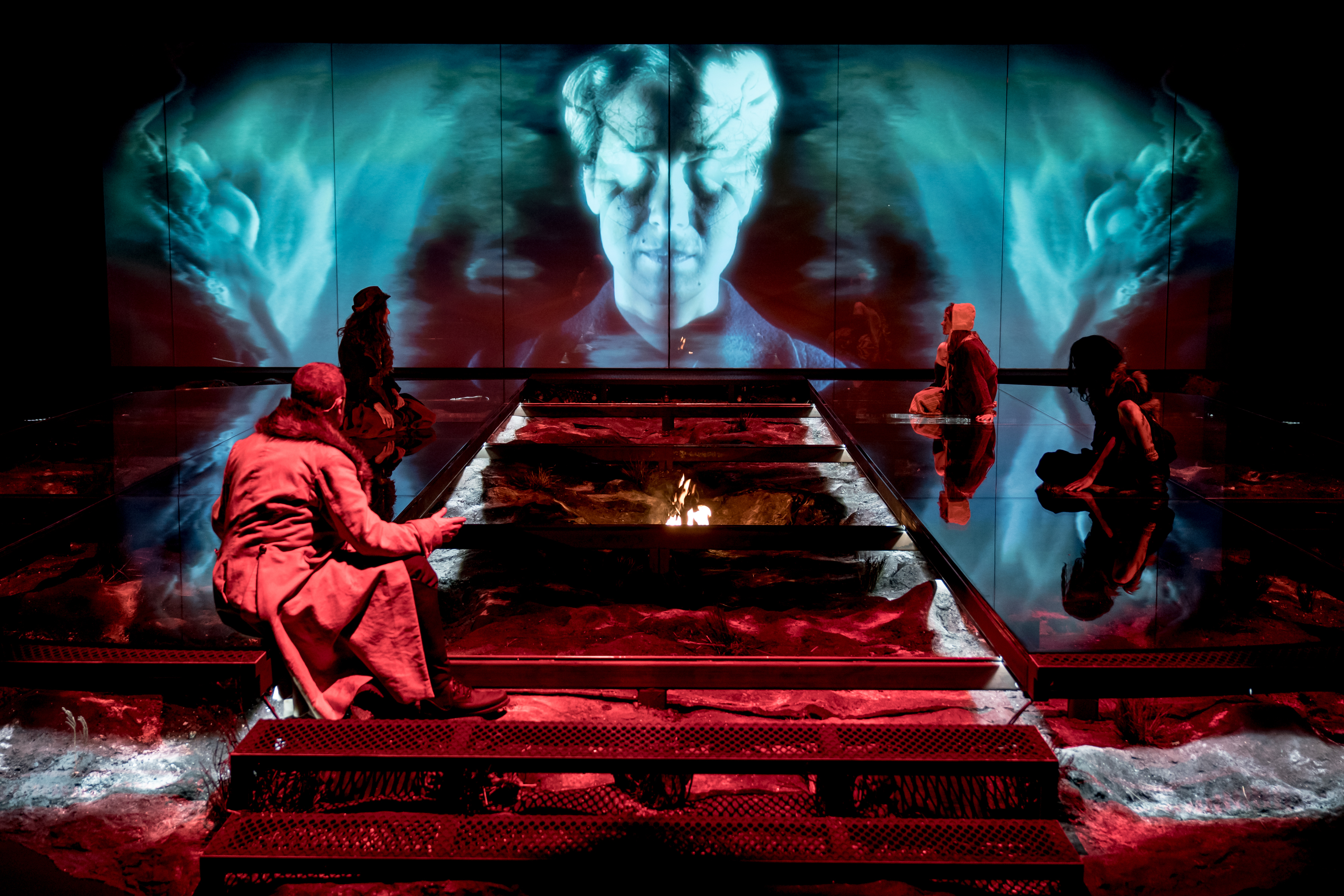 John Simm and Dervla Kirwan lead the cast of Shakespeare’s Macbeth at Chichester Festival Theatre from 21 September – 26 October, with a press night on 27 September. Absolute will be providing the control for a large, six-ton glass floor that slides open during the production. This is our single heaviest piece of scenery we... 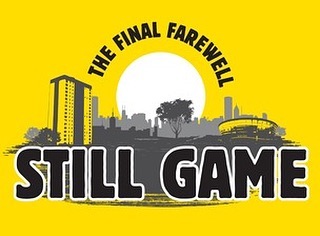 We’re excited to be providing control equipment for Still Game: The Final Farewell at the SSE in Glasgow. Absolute will be providing the control for a person carrying lift on this special production, which sees the characters from this much loved comedy show for the very last time! 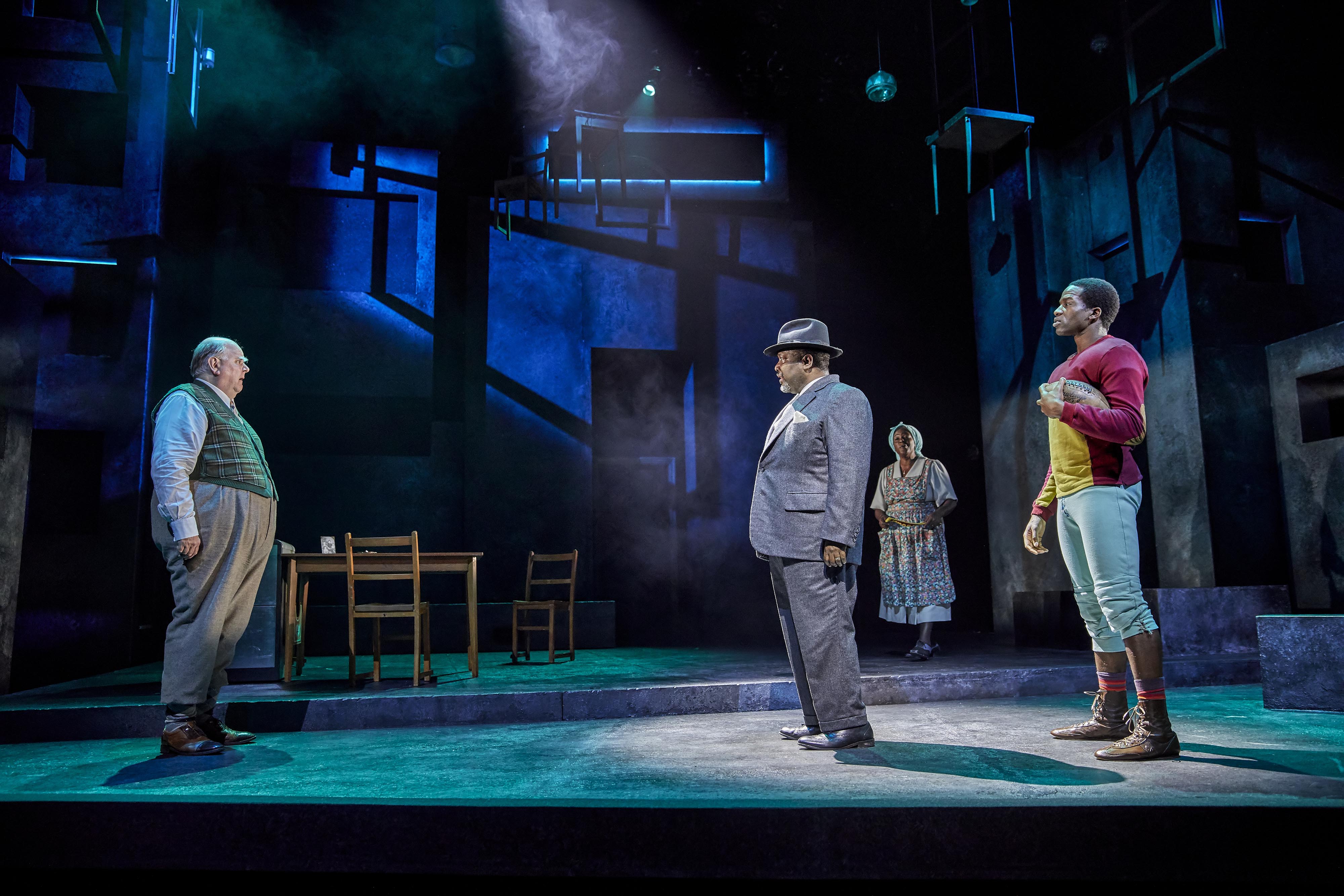 Absolute are providing the automation for the West End transfer of Death of a Salesman, following it's sold out run at the Young Vic Theatre earlier this year. Following her award winning success with Company, which Absolute also provided automation for, Marianne Elliot co-directs with Miranda Cromwell. Anna Fleischle's set design incorporates numerous, individually flown...

For Apollo 11 - The Immersive Experience, we provided our tracking system with four encoders to track the four large doors upstage. This enabled the video department to use real-time information about the position of the scenery to allow the video content to track in perfect synchronisation. Read more about our standalone tracking system. 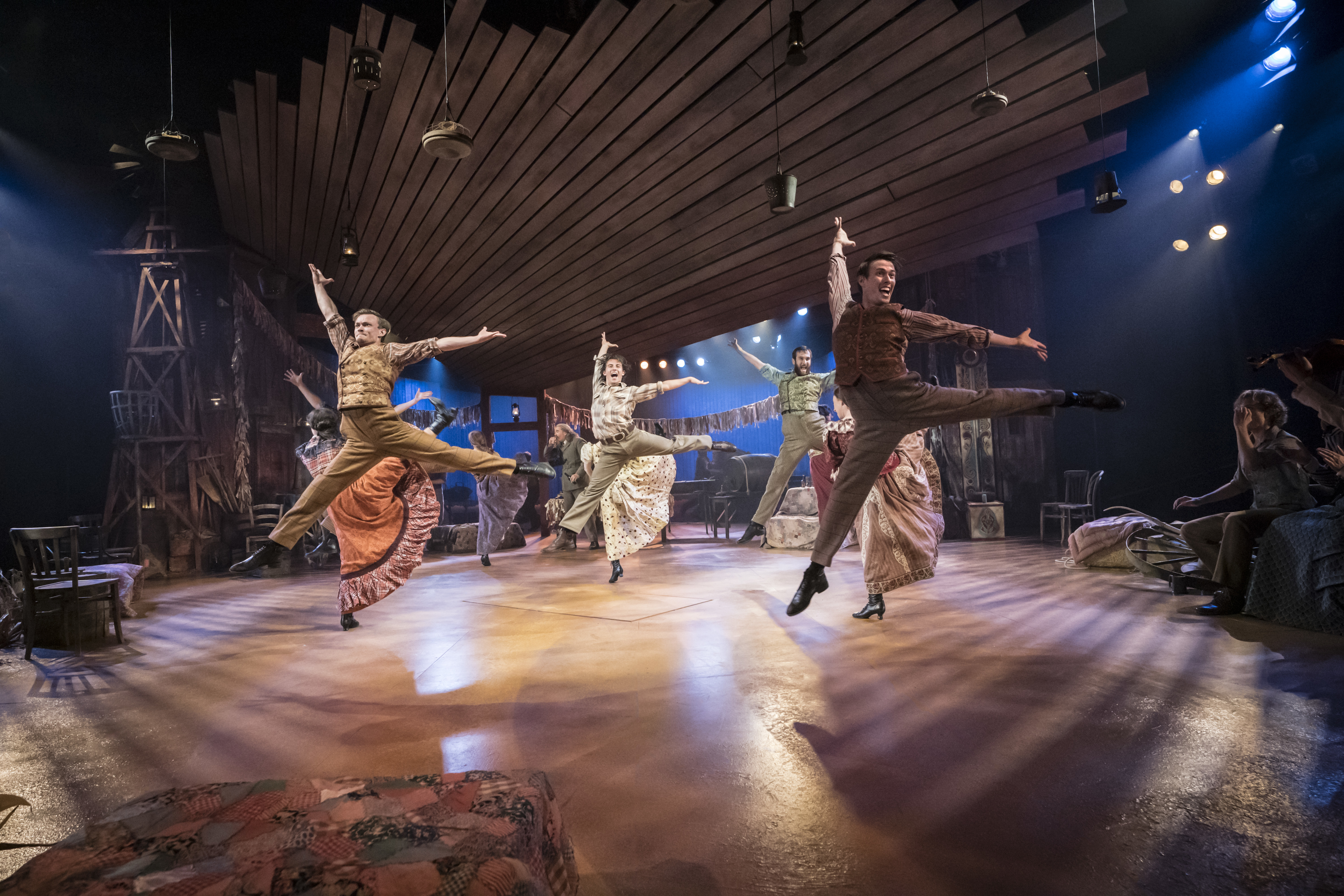 Absolute will supply the automation for Chichester Festival's production of Oklahoma!. With its glorious score and spirit of exuberant optimism, Oklahoma! is the American musical by which all others are judged. Rodgers and Hammerstein broke new ground in perfectly integrating music and dance to tell a story whose darker undercurrents never overwhelm its rapturous vitality.... 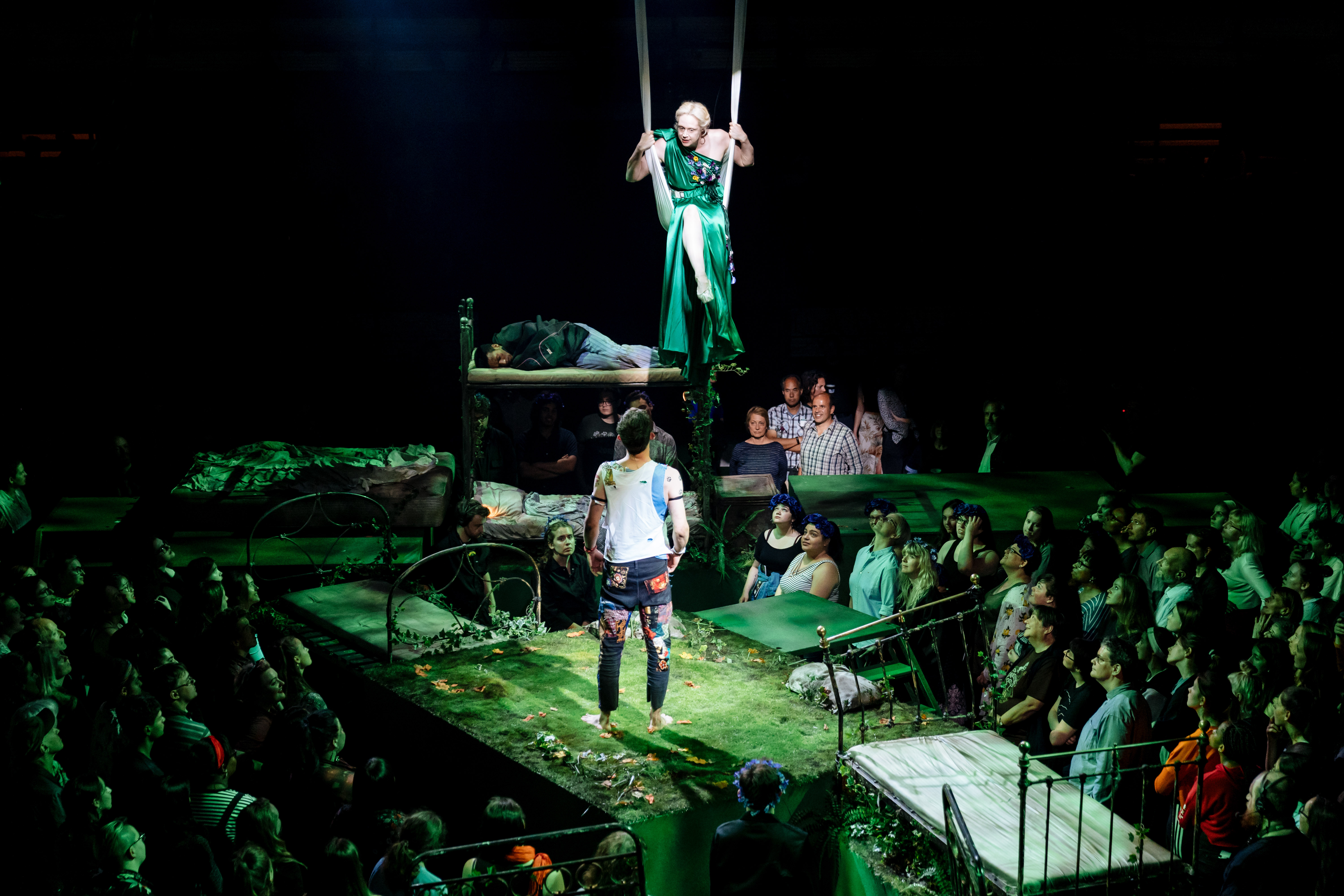 After the success of working on the acclaimed, immersive production of Julius Caesar last year, Absolute are excited to return to the Bridge Theatre to work on A Midsummer Night's Dream. Reuniting the creative team, directed by Nicholas Hytner, A Midsummer Night’s Dream will have designs by Bunny Christie, costumes by Christina Cunningham, lighting by Bruno... 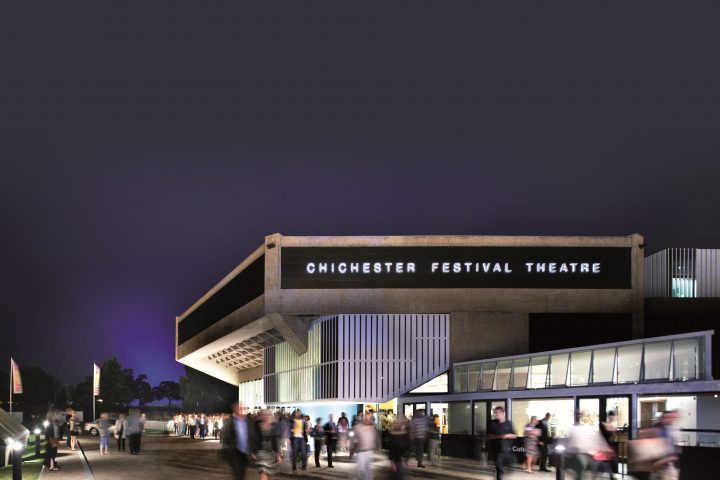 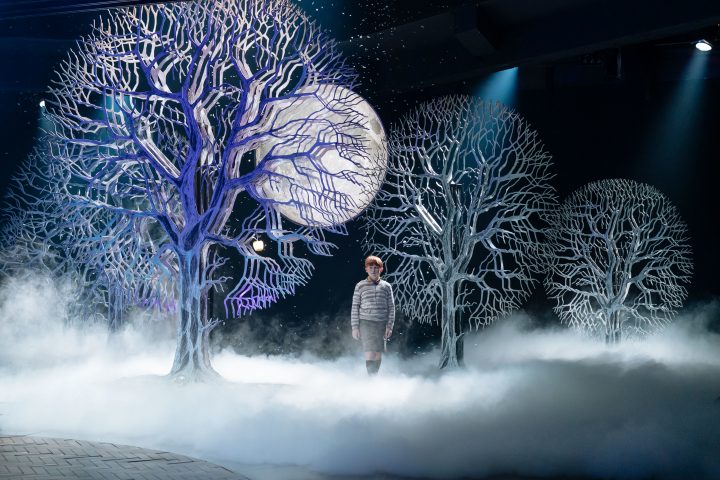 Absolute are returning to the Chichester Festival providing the automation equipment for Shadowlands by William Nicholson. The production is directed by Rachel Kavanaugh and runs from 26 April – 25 May. Celebrated writer C.S. Lewis, author of The Chronicles of Narnia, splits his time between an ordered domestic routine at home with his brother, Warnie, and the academic rigour of his dispassionate, all-male Oxford college. His evenings are spent replying to his many correspondents. One stands out: vivid, expressive, New York poet Joy Gresham. When she arrives in England with her young son, Douglas, everything Lewis believed to be true about life and love is thrown into question. And a relationship begins which will take them both to the extremities of pain and joy. William Nicholson’s much-loved play premiered in the West End in 1989, winning the Evening Standard Award for Best Play and being nominated for a Tony Award on its subsequent Broadway run. Originally a 1985 television drama, it became a feature film in 1993. Shadowlands will be designed by Peter McKintosh, with lighting by Howard Harrison, music by Catherine Jayes and sound by Fergus O’Hare.